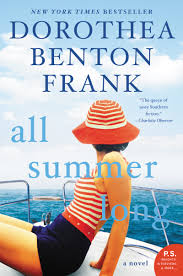 I knew going into this book that it was going to be a beach read, but I was kind of surprised at how beachy it felt. I guess I don’t read many books like this one. Talk about white privilege, this is the epitome of a book about middle aged, middle to upper class, white people. That’s not to say it was bad, I just wasn’t quite expecting it to be this white.

Anyway, so Olivia and Nick, a middle aged couple in love with about a decade of marriage under their belt, are having financial trouble. However, Nick isn’t privy to most of the financial discussion, as Olivia has tended to the finances and been the primary breadwinner for a while. Meanwhile, Olivia’s last customer invites her on several trips around the world to private islands on private yachts with private submarines to boot. Of course, as readers, we aren’t privy to any of the splendor that would be any of those experiences, just the relationship turmoil and drama between women.

I didn’t like how much the women in this story fit the cattiness stereotype. It seemed the men would just shake their heads at all the drama, and at one point Olivia is praised for proclaiming she does not wish to hang out with such dramatic women any more. None of the women in this story have each other’s backs, but they all are attempting to care for and be there for the men in this story. Not very feminist. Olivia, the protagonist, is supposed to be the ideal woman in this book, attractive, running her own business, making a name for herself, controlling the marital finances. And all that is fine, but she also seems to be put on a pedestal of like “don’t pay attention to these other women other than to shame them, pay attention to this model woman who shuns the drama and favors the men.” I don’t know how I feel about that. That may not have been the author’s interpretation, but I didn’t appreciate it.

Now, good parts of this book: All Summer Long is a fast and easy read. I really liked how Frank portrays each character’s thoughts and feelings. However, it might have been a stronger story if the points of view were extended beyond just a paragraph; maybe give each character a chapter from their point of view.

I also enjoyed watching the evolution of Olivia and Nick’s relationship. It does strike me as a little peculiar that a couple that’s been married a decade would never have talked about financial stressors, but hey, it was cool to see them grow together based on their experiences. This kind of story of relationships reminds me that it doesn’t matter how old you are, you can still express love fiercely, have issues that come up that you work on together, and that it’s possible to make it through rough patches. Now, that’s all to say that Olivia and Nick were never really broke, have rich friends in rich places, and a solid foundation that they’ve built their lives on, but it was still a nice sentiment.

I did enjoy this book, but I think it’s hard to put into words why I enjoyed it. Definitely much easier to describe what I disliked about this book. I really like stories that portray strong friendships, particularly friendships between women. I want to hear about conflicts that threaten the foundation of a character’s being, whether those are deeply emotional, physical, psychological, or what have you. I want stories in which there are conflicts of identity and to hear how characters deal with those identity conflicts. So while this was neither a poorly written book nor a slow-paced tome, it was also not particularly compelling for me. There were no nuances or thought-provoking moments that I’m seeking even in my most basic reads these days.

I received this book from TLC Book Tours in exchange for an honest review. 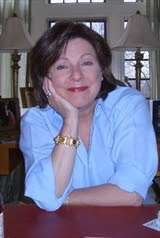