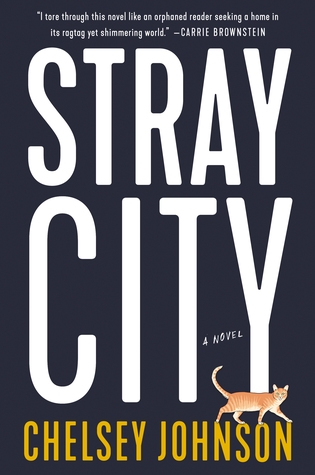 Andrea Morales is a lesbian in Portland, OR during the 1990’s. She’s a fun and quirky girl with a dark sense of humor. She’s just like everyone else in their twenties, getting over her last breakup, trying to hold down a job that she enjoys while contributing to her community, and wondering what she’s going to do with her life. However one day she finds herself pregnant after a brief fling with a man, and finds herself in a new place, questioning her identity, and re-staking her claim on the life she wants after she’s been pushed away by those she thought were friends and family.

Johnson’s novel left me feeling like I was constantly on the edge of a dramatic moment, although the plot was quite  a bit slower than I felt based on the writing style. Johnson’s style was perfect in driving this simple story forward through conversation and inner emotional monologue. The dramatic turns of events felt very relatable, and Johnson wrote of thought processes that I myself have had and detailed realizations that definitely fit someone in her twenties.

I do have to say, there was some weirdness around bisexuality, as there often is. Many of the side characters had different reactions to sexual identity, although there was some good open commentary on why bisexuality remains such a taboo even within the queer community.

Andrea Morales has a clear love/hate relationship with Nebraska, one that she battles with internally throughout the story. I thoroughly enjoyed the imagery that Johnson provides, particularly the smells and tastes of the Midwest. I, too, have left the Midwest, but there’s a special place for it in my heart that will always be there, a certain longing for the wide open skies, and the particular feeling of being so small.

Other than the disappointing conversation around bisexuality, the beginning and ending were rather slow and event based rather than filled with the full range of emotions and comedy gold that was 90% of the middle of the book. This book truly did have excellent one-liners and thoughtful commentary on what family means when you’re growing up. I would absolutely recommend this book for people looking for more queer reads.

I received a copy of this book via Edelweiss plus in exchange for an honest review.