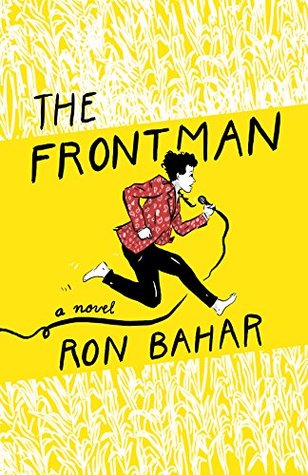 This is a fictionalized account of Ron Bahar growing up as a very insecure Nebraskan teen, doing his best to impress his family of Israeli immigrants. His family is also Jewish, which is a huge plot point, as the girl of his dreams is not Jewish, and he desires a forbidden (by his parents) relationship with her. Meanwhile, he sometimes sings in his friends’ band, and he’s on his way to becoming a doctor if he can get accepted into his school of choice.

The entirety of this story is about Ron Bahar coming of age and pursuing a girl. If you don’t like stories about boys shooting the shit and chasing women, this is not for you. I did not particularly find the plot compelling, but I did enjoy the pacing, writing style, and his career elements.

I loved that Bahar included song lyrics at the beginning of each chapter, and that song and verse were such important elements in the story. I found myself wanting to put 80’s hits on in the background while I was reading, which is always a fun experience! I also enjoyed singing along with him in my head to some of the music he was singing. Tying his musical talents in to medical school was a cute touch, making it feel more like his choice than his parents.

The tempo of the story was pretty quick, although many of the major plot points were about the same thing happening over and over again. I’m rather tired of insecure teens being a major plot point in and of itself. Nothing exciting really happens in this story, it’s just about life and a Nebraskan teen growing up. Some of the main reasons this book was slightly more interesting were due to the fact that Bahar is the son of Jewish Israeli parents, and their culture plus his trip to Israel make the story far more interesting in my perspective.

If you’re looking for a story of drugs, sex, and rock and roll, look no further! This is a good book to fulfill that need. Teenage life in the Midwest? This is your read.

I received a copy of this book via NetGalley in exchange for an honest review.

One thought on “The Frontman ~ Ron Bahar”